Websockets are awesome, aren’t they? Bidirectional messaging with low overhead (2 - 14 bytes per message for the frame header) — what’s not to love?

Well, for any long-lived application, one thing you’ll want to have is auto-reconnect behavior. This Stack Overflow answer uses a setTimeout to attempt to reconnect every second. However, as one of the follow-up comments mentions, exponential backoff would probably be a better strategy.

Ordinarily, I’d npm install socket.io and call it a day, but this time, I was prototyping a web app that talks to an ESP32 microcontroller as a websocket server, so that’s a no-go on any non-C++ server-side code. Additionally, I was still waffling between using React, Svelte, or no framework at all for the frontend, so I ended up encapsulating the logic into a hierarchical state machine in XState, rather than getting locked into a particular useReducer / writable store / vanilla implementation. 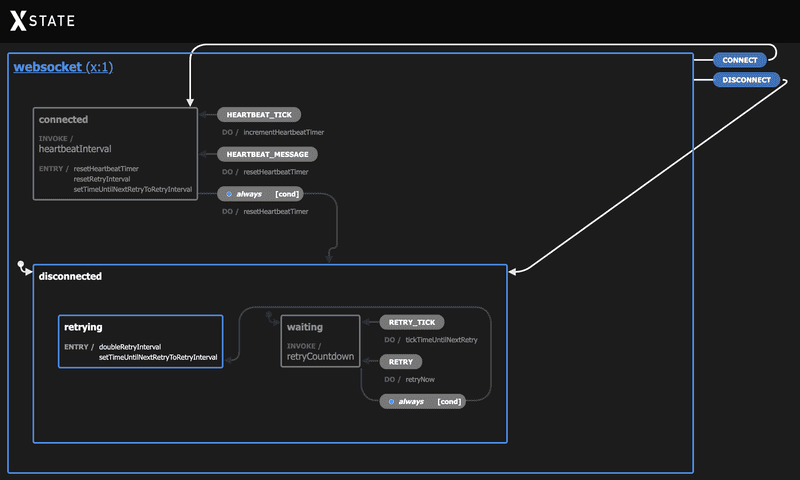 Within the disconnected state, there are two nested states:

It’s held up well in my testing so far, and thankfully has kept my bundle size small enough for a tiny embedded device to serve while also handling other business logic.