Ah, post #1 in a fresh, evergreen blog. Whitespace as far as the eye can see. Let’s put an end to that. 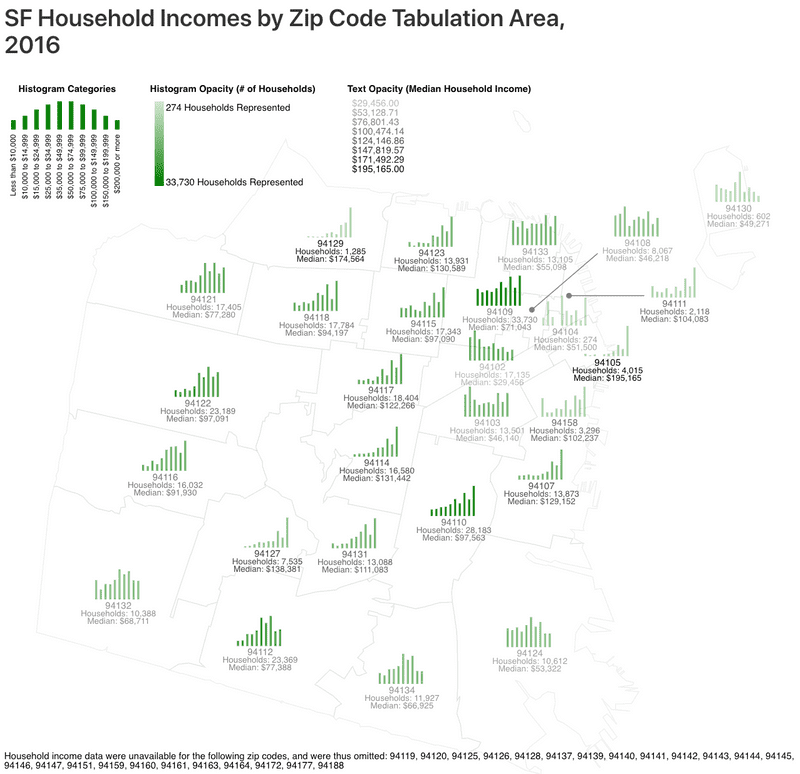 Above is a data visualization of 2016 household incomes in San Francisco by Zip Code Tabulation Area (ZCTA), made with D3.js. Underlying code available in this Observable Notebook.

A couple of observations that jumped out to me: